Consumer prices in the United States rebounded in August, undermining hopes of a brewing slowdown and a policy shift from the Federal Reserve. The consumer price index increased 0.1% from July, while prices rose 8.3% from a year earlier, a minor slowdown mostly brought on by drops in fuel costs.

The trouble in the data came from the other widely followed inflation measure, core CPI, which strips out the volatile components such as food and energy. This measure increased 0.6% from July and 6.3% from a year ago, which was the first acceleration in six months on an annual basis. Shelter and medical care services were the large culprits driving the price growth higher. 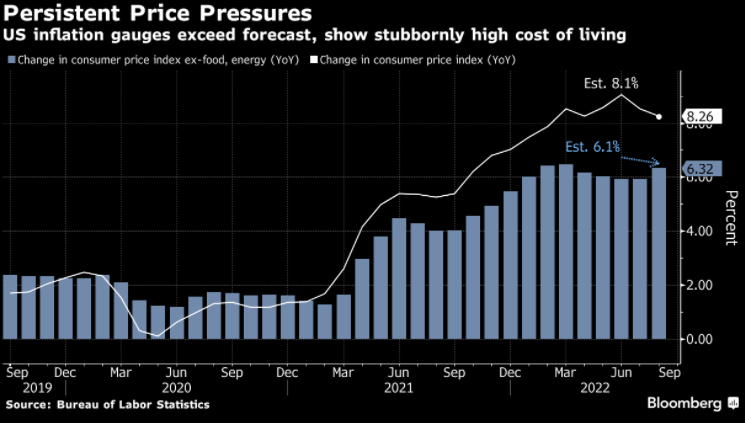 Soon after the inflation data was released, in mid-September the Fed raised interest rates by 75 basis points for a third straight time and signaled even more aggressive hikes ahead than investors had expected. The federal funds rate now stands between 3.00%-3.25%.

After the rate announcement was released, Chairman Jerome Powell delivered his remarks saying, “We have got to get inflation behind us. I wish there was a painless way to do that. There isn’t.” Powell went on to add, “Higher interest rates, slower growth and a softening labor markets are all painful for the public that we serve. But they’re not as painful as failing to restore price stability and having to come back and do it down the road again.”

In response to the elevated inflation measures, policy makers put forth a new forecast that interest rates would reach 4.4% by the end of this year and 4.6% in 2023, an upward shift from 3.8% in the prior estimate.

Both Fed officials and investors have underestimated inflationary pressures this cycle, prompting both to raise interest rate forecasts repeatedly. Nonetheless, both cohorts predict inflation to return to normal levels next year. These estimates may prove to be overly optimistic, as "sticky" components of inflation, such as housing, have shown continuous price increases in recent months. However, it is possible that the Federal Reserve is waging war on the previous fight, and the quick pace of tightening enhances the possibility of a more serious economic downturn in the near future. 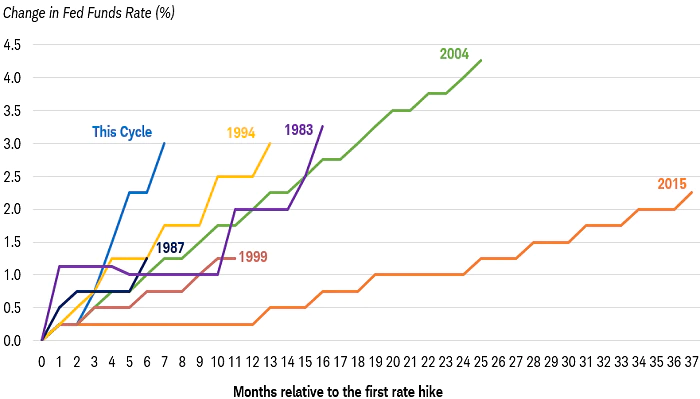 Because this has been the fastest rate hike cycle in decades, a lot of tightening has already occurred and may still be working its way through the economy. Monetary policy has a time lag, and interest rate changes today can take a year or more to have an influence on the economy. Despite this time lag, one area of the market responding rather quickly has been the housing market.

A 30-year fixed rate housing loan just one year ago was hovering around 3%. Today that number is roughly 6.7%, according to the Freddie Mac US Mortgage Market Survey 30 Year. Borrowing costs aren’t exceptionally high by historical standards, but due to the prices of homes rocketing higher over the last two years as a consequence of low rates and a shift to working remotely, housing affordability has only moved further out of reach.

Beyond housing, the market reaction to rising interest rates in fixed income has been brutal and swift. On September 26th, the 2-year Treasury yield reached a high of 4.34%, up from 3.50% at the end of August. Accordingly, the S&P 500 completely erased its recovery from the low of June and has been edging closer to new lows for the year. The index is on track for its third straight quarter of losses for the first time since 2008-2009, when global markets were hit by a financial crisis. 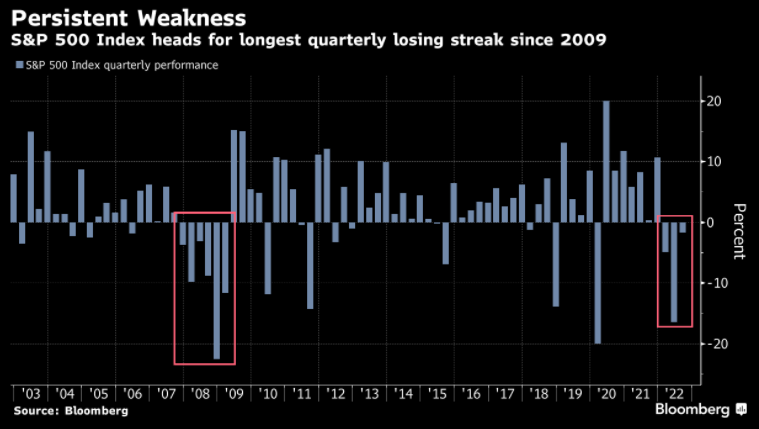 Bespoke Investment Management reports that September has traditionally been the worst month to invest dating back to 1928, with a median decrease of 42 basis points during the month and positive returns only 44.7% of the time. Furthermore, when the index is down year to date entering into the month, these negative seasonality impacts are accentuated. As the alternative punk rock band Green Day famously sings, “Wake me up when September ends.” 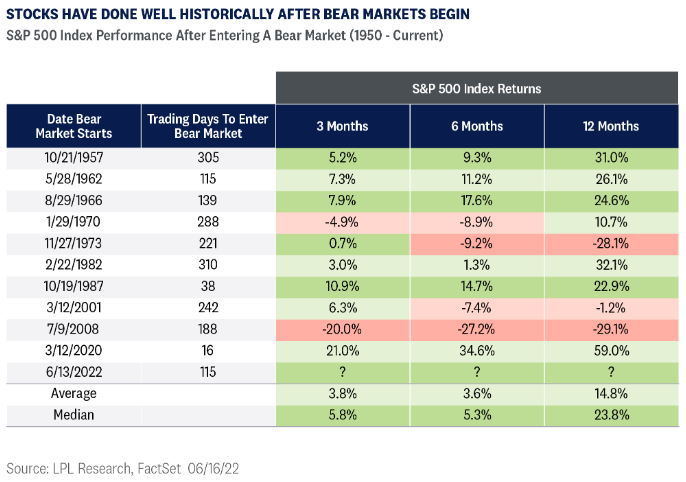 The current bear market has now eclipsed 270 days and counting. Since 1950, the average bear market has lasted 11 months, and the average one-year return after a bear market for the S&P 500 index has been 15% historically.1 Markets tend to be resilient over time, but risk and reward remain synonymous—you can’t have one without the other.