A Swing and a Miss?

Johnson & Johnson, another major pharmaceutical giant, had been working on an alternative vaccine as well. Results were positive. Their one shot vaccine generated strong protection against COVID-19 in a large, late-stage trial. While the initial headline was that the vaccine prevented 66% of the moderate to severe cases of the virus, the real headline should have been that it prevented 85% of severe infections and 100% of hospitalizations and death.

According to Bloomberg, the pharmaceutical company’s top scientist said that he expects the authorization for use in March, and the company has committed to supply 100 million immunizations. Interestingly enough, Johnson & Johnson’s stock fell 4% before the market open.

The economy took a backseat in the fourth quarter on its way to recovery, as the pandemic still weighed on the labor force and hampered Americans’ willingness and ability to spend. The median forecast in a Bloomberg survey for real GDP growth in the fourth quarter was +4.2% quarter-over-quarter. Preliminary estimates from the Commerce department came in at +4.0%. While the estimate was below consensus, a +4.0% rise in the output of goods and services is above historical trend. 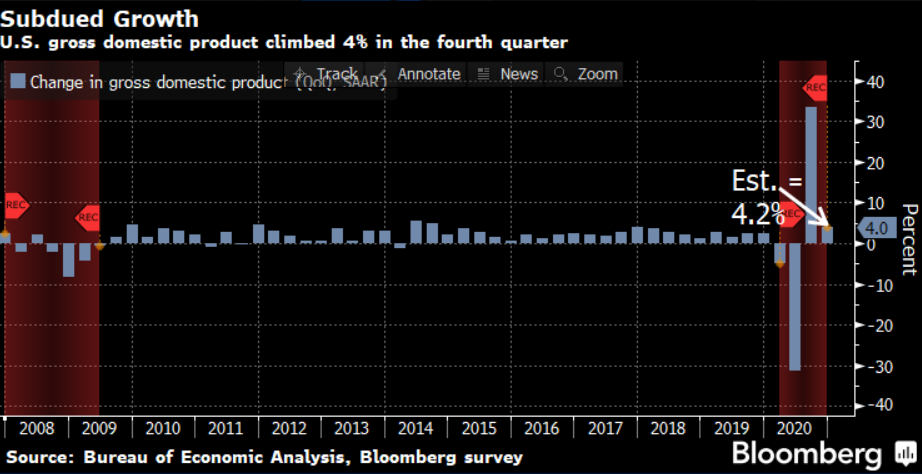 Our team has been witnessing frothy and high-spirited market behavior in the United States equity market as of late. Company stock prices have gone up from non-economic news (stock splits), IPOs of late-stage large capitalization companies have tripled in price on the first day going public, and there have been almost 250 special purpose acquisitions company (SPAC) IPOs in 2020.

A special purpose acquisition company (SPAC), or blank-check company, raises money in an IPO and then places the proceeds in a trust while the sponsor hunts for a business or businesses to acquire, usually within a specified time frame (2 years typically). The companies then complete a merger and the target becomes a listed stock.

Recent examples of companies being brought public through this process include DraftKings Inc., Nikola Corp., and Virgin Galactic Holdings. While some of these businesses have done well recently, very few SPACs have performed well compared to their traditional IPO and market peers.3

Just recently, GameStop Corp., a name we are sure many are familiar with now, went from a low this year of $17.25 to a high of $483. The stock continued to drive higher and higher as retail traders and other investors tried to take advantage of short sellers betting that the stock was worth less or would fall into eventual bankruptcy. This get-rich-quick trade has spread to other highly shorted companies, which has garnered the attention of regulators, politicians, and the general masses. 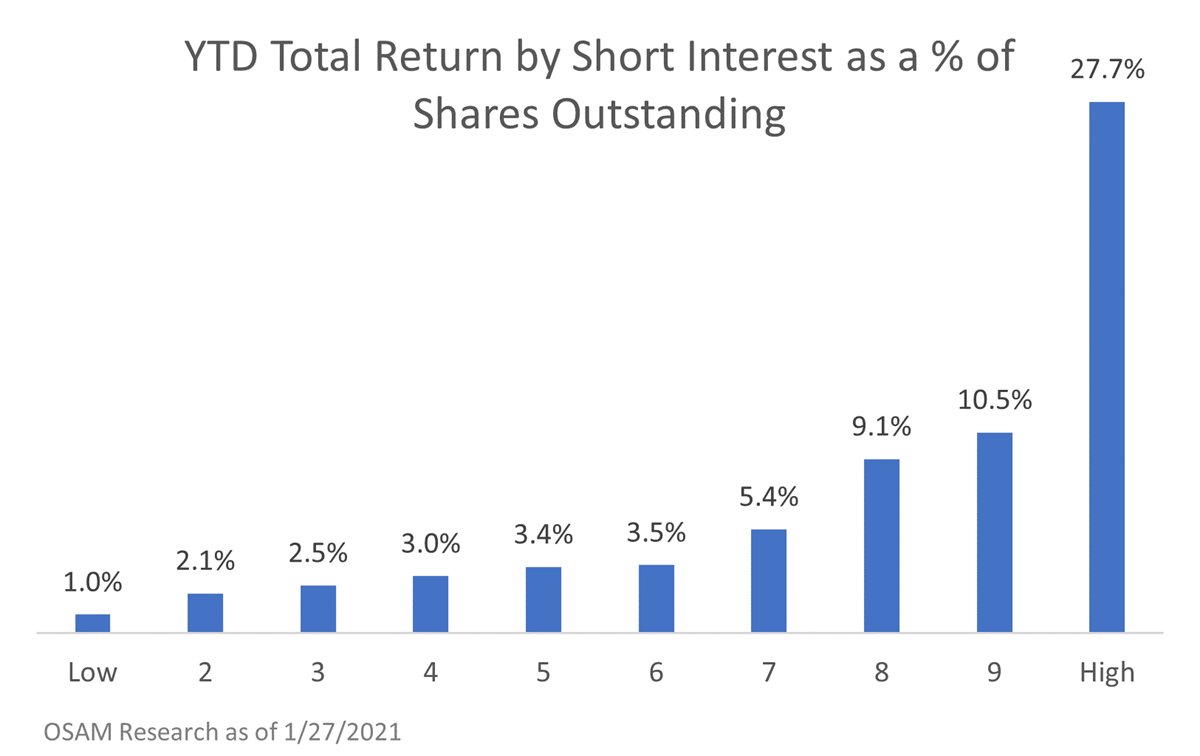 In conclusion, the harsh realities of a worsening pandemic and deepening economic hardship remain, but we are optimistic for the potential effectiveness of vaccine distributions in 2021. We expect these distributions to incrementally support a robust rebound of economic activity mid-way through the year.

3 MarketWatch; 2020 is the year of the SPAC — yet traditional IPOs offer better returns, report finds by Ciara Linnane